If you’re shopping in the United States for a new vehicle that will hold its value, buying a pickup truck might be the best option.

An analysis of Zutobi revealed that the three vehicles that hold their value best after three years are the Toyota Tacoma, the Ford F-Series and the Ford Ranger. The Tacoma leads the pack, experiencing an average depreciation rate of 21.93% over the first three years, which means the original list price of $28,545 turns into an average used price of $22,286. $. 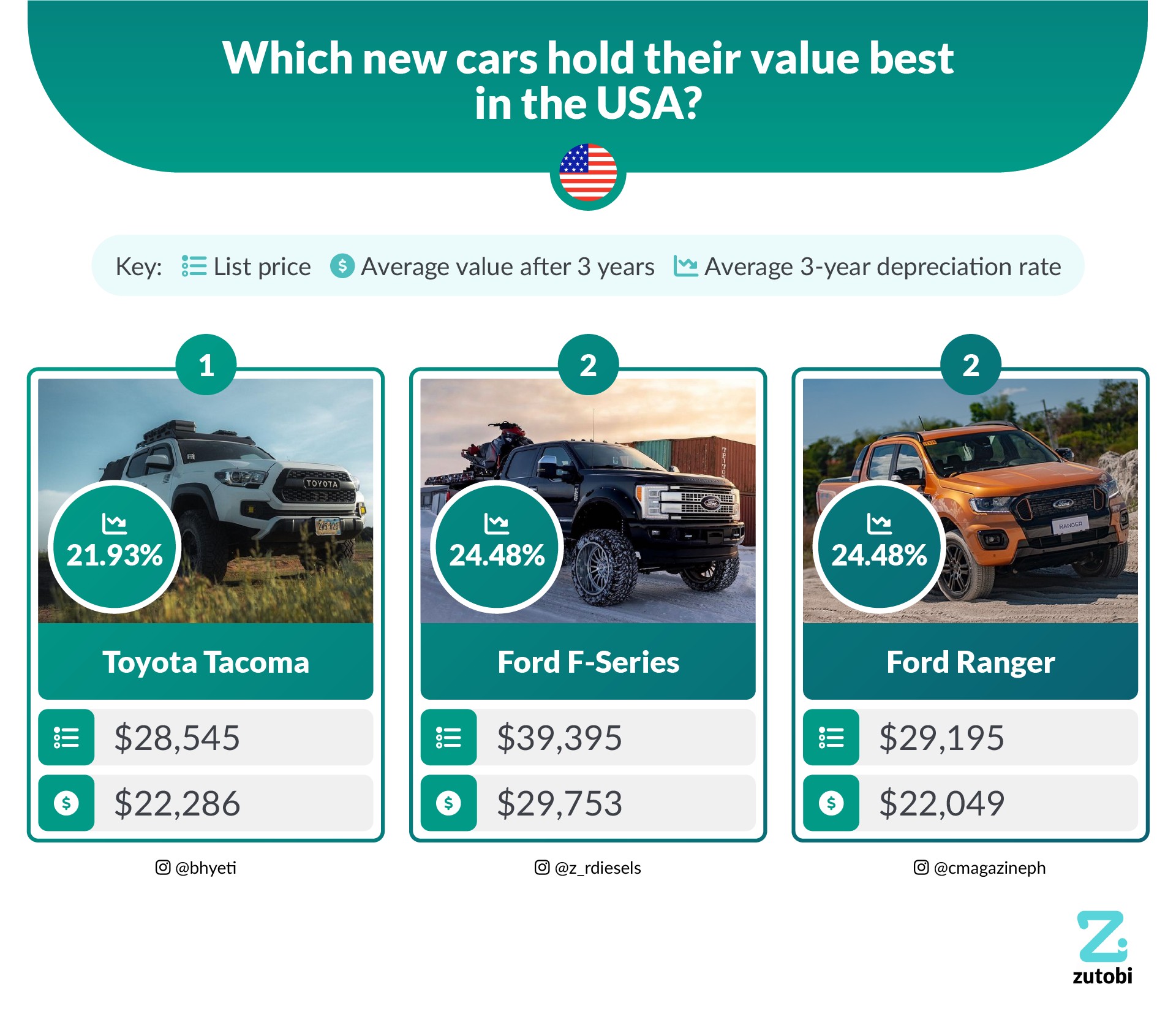 To determine its depreciation rates, Zutobi used the list prices of the 100 best-selling cars in the United States. He then used a depreciation calculator to determine the estimated value after three years if a vehicle travels an average of 13,500 miles (~21,700 km) per year. 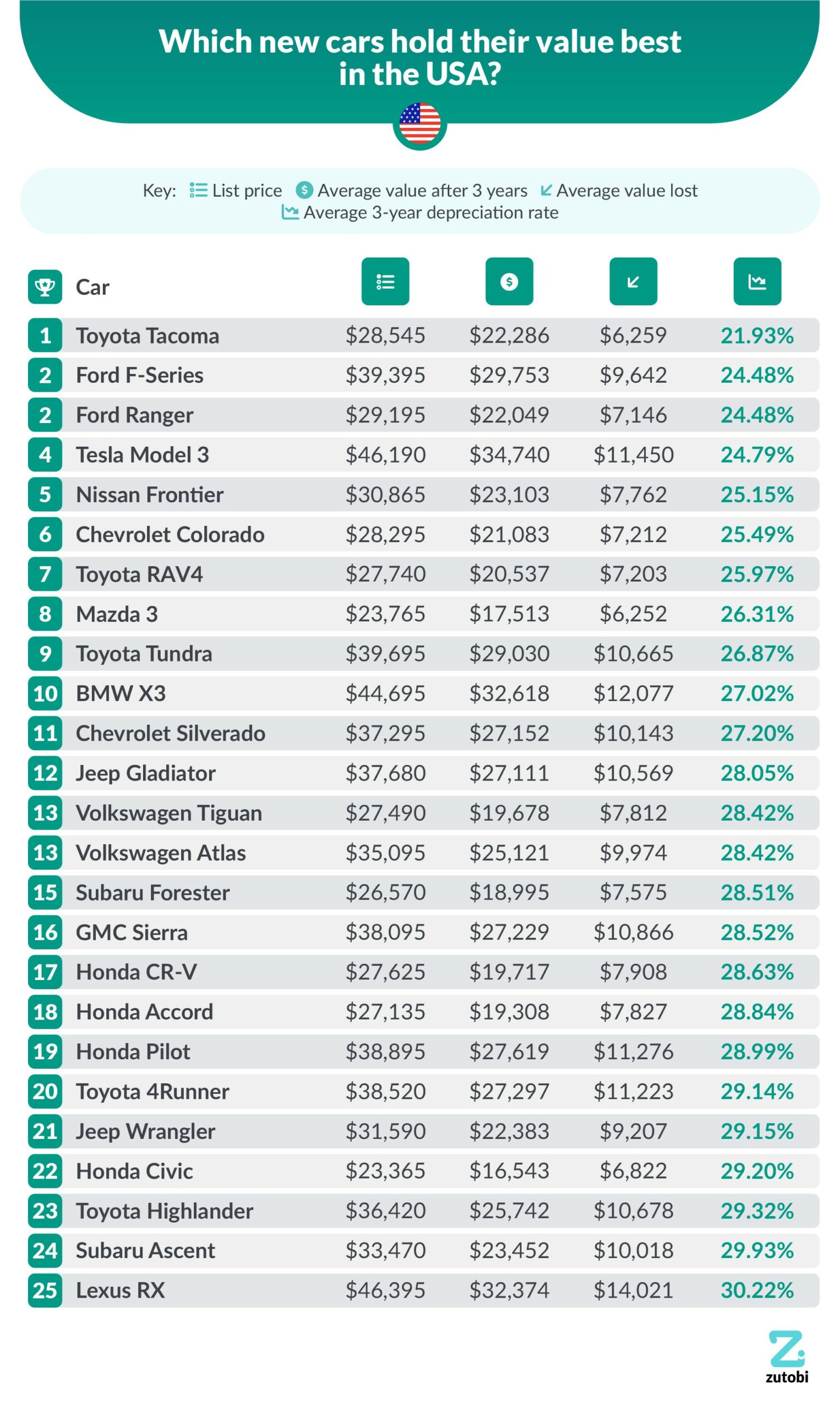 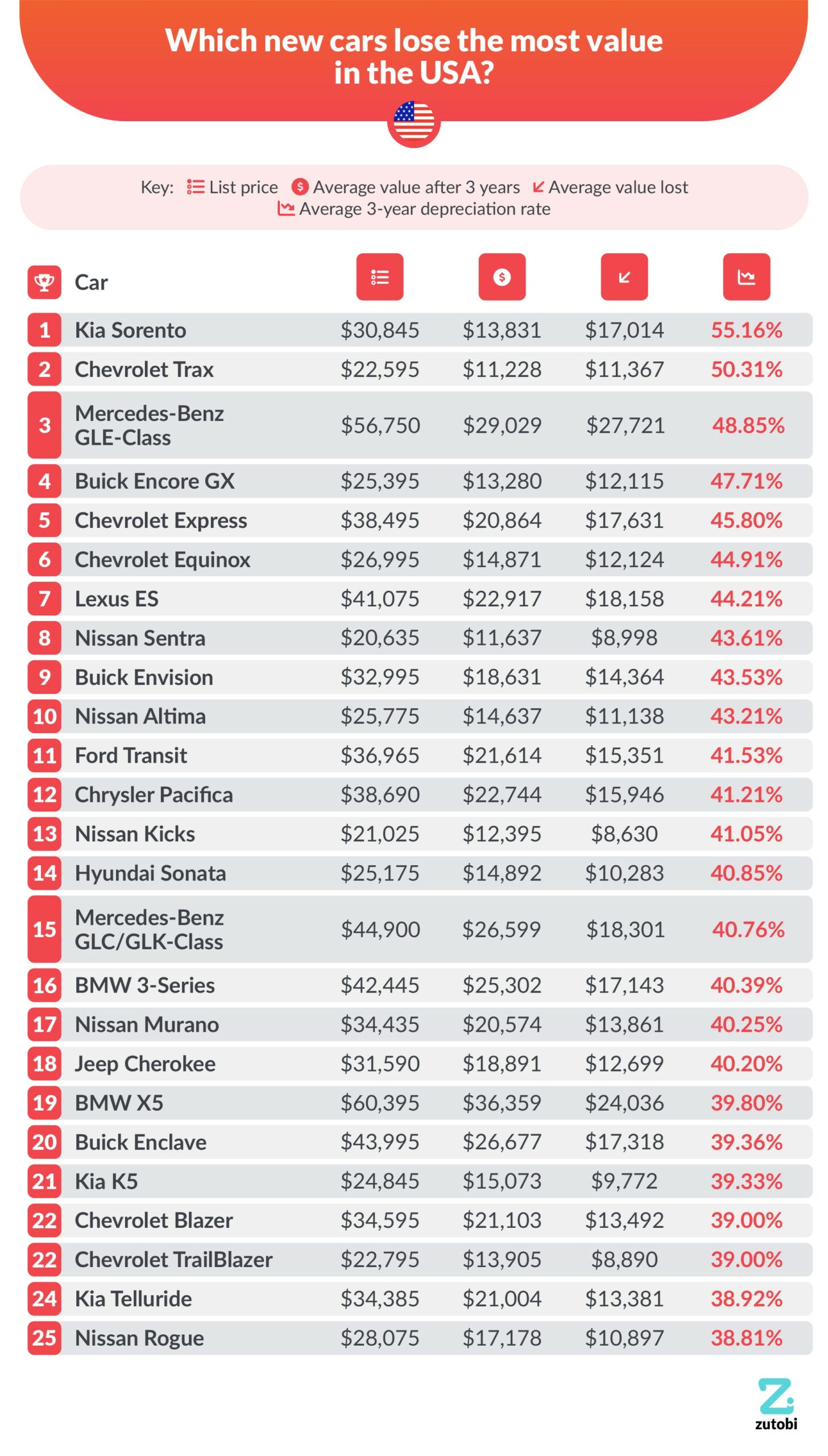