After all, one in four Victorian registered trucks are in and around Shepparton. And if that’s not reason enough to have a truck museum there, then I don’t know what is.

The history of the Museum of Vehicle Evolution, or MOVE, begins in 2012 when a group of collectors of cars and other memorabilia approached a certain Jim Andreonatis.

Andreonatis had some leftover roof trusses from a job he had done at the SPC Factory Sales building in Mooroopna. Friends approached him and suggested he build a shed to house cars and other “stuff”.

This hangar was 700 square meters and became the Shepparton Motor Museum – growing to 1200 square meters a few years later. Fast forward to 2017 and a group of local transport operators had come together with the goal of building a transport museum. Peter Hill, Managing Director of MOVE, picks up the story.

“They got it airborne but had lost a bit of speed,” Hill recalled.

“My former employer, John Kreskas, once met Jim Andreonatis and asked him what was going on with the truck museum. Jim didn’t know, so John filled him in on the area’s rich trucking history and the people behind it.

“This meeting brought the idea back to the fore with trucking legends Sam Sali, John Taig, Ken Keating, Lloyd Mawson and others joining in. Fundraising was obviously a priority. We went looking for government funding and we were told we had to either ‘put it on the back burner or shut up’.

“So we went to local trucking families and asked for a financial commitment. In a relatively short time, we raised $1 million, which enabled us to go to federal, state, and local government for additional funding.

The result is a building spanning 9000 square meters and these trucking families are now represented at MOVE in the Hall of Legends. The names of Sam Sali, John Taig, Ken Keating, Lloyd Mawson, Ted Phillips, Vasil and Chris Rendevski, and many more will live on as trucking pioneers in and around the Goulburn Valley.

The region is Victoria’s food bowl and many families have migrated to Australia from Italy, Greece, Albania and other distant places in the world to carve out a new life.

Their hard work and ultimate success as orchards or market gardeners required transporting their produce to markets in Melbourne or Sydney.

In many cases they – or their sons, who saw an opportunity to start their own business, while “keeping it in the family” – bought their own truck/s, often an International or a Mercedes 1418 to do the work. Other “outsiders” also saw the opportunity to serve these successful companies and grow alongside them.

Rendevski’s first International, a blue C1600 Butterbox purchased in 1970, hangs in the museum as a reminder that these trucks, originally built for the military, were a mainstay (along with the Benz) in the region. Tough as nails, these trucks offered no frills. Equipped with a 282 cubic inch diesel, the truck produced a disappointing 89 horsepower and hauled the fruit grown by Rendevski to market.

Ted Phillips started his trucking business on his parents’ farm in Bunbartha. As the need for more powerful trucks arose, Ted approached Brian Thompson (now Graham Thompson Kenworth) and ordered the very first Kenworth to be delivered outside of Melbourne. The Cabover K125 was delivered on Christmas Eve 1978 and now has pride of place in MOVE’s Kenworth Legends Hall. 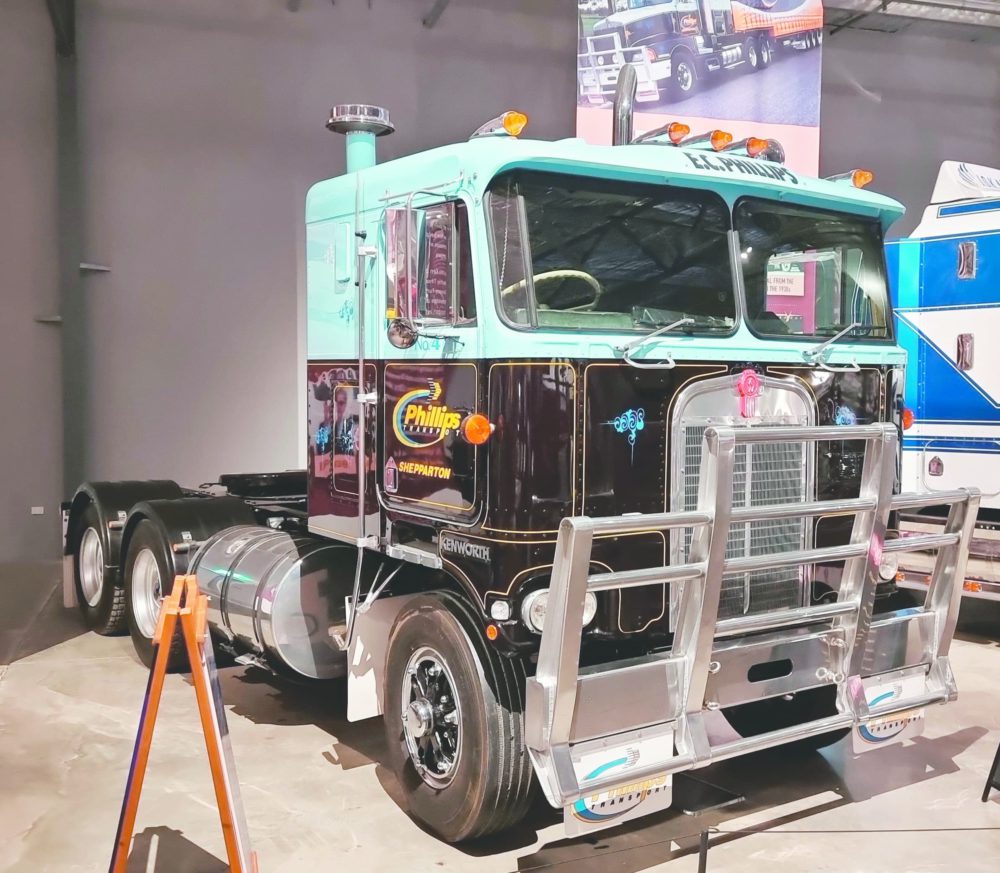 The last of the CAT-powered Kenworths

Just down from Ted’s Kenworth is another, this time a gray 2008 T908 model. With only 600 km on the clock, its owner decided to buy one of the last CAT-powered Kenworths. Bought to tow his tank and his show truck, the latter not being finished, he generously agreed to put it in MOVE. 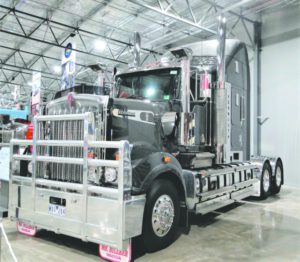 Next to the 908 is Gerard Hicks’ 1986 W925, probably the biggest and best truck on the road at the time. The truck has been painstakingly restored to its original glory. The red color of this truck is actually from Toyota. Gerard drove through Shepparton one day, saw it, loved it and asked Kenworth to paint it that color – an inspired choice. 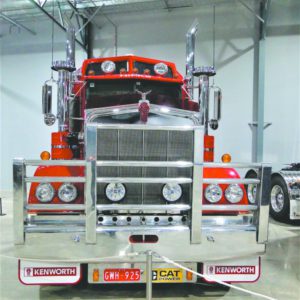 Rendevski 1980’s SAR, one of the fastest

Further along is one of the fastest trucks in the Goulburn Valley of its day – Rendevski’s 1980s SAR. Peter Hill should know because in another life he took him up and down the Hume Highway. The truck was recently found in a paddock and moved to the museum in all its original glory. 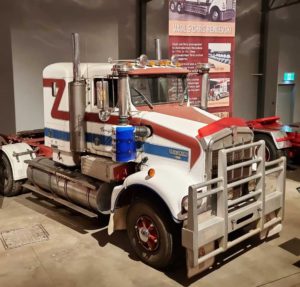 Don’t think the museum is all about Kenworth. One of the most stunning displays is the Kalafatis family’s 1980 White Road Boss. Words and photos cannot express the details that went into restoring this classic and frankly it would be worth going to MOVE to see this truck alone. 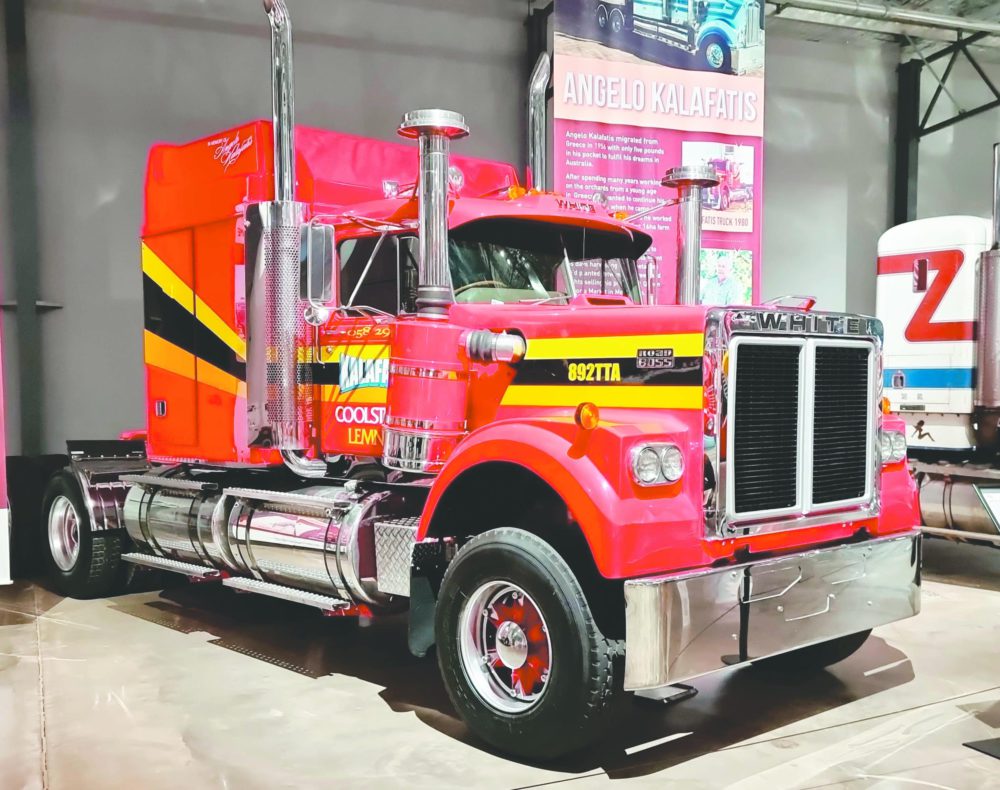 The museum is full of trucks of all brands. There’s Sam Sali’s lovely old Diamond T, used to transport the family’s fruit to market; there’s a 1948 Thornycroft Amazon – a beast of a machine. Foden is pictured with a 1954 FG developing a whopping 102 hp. There’s Mack, Mercedes, UD, Albion, Dodge, Ford and more. 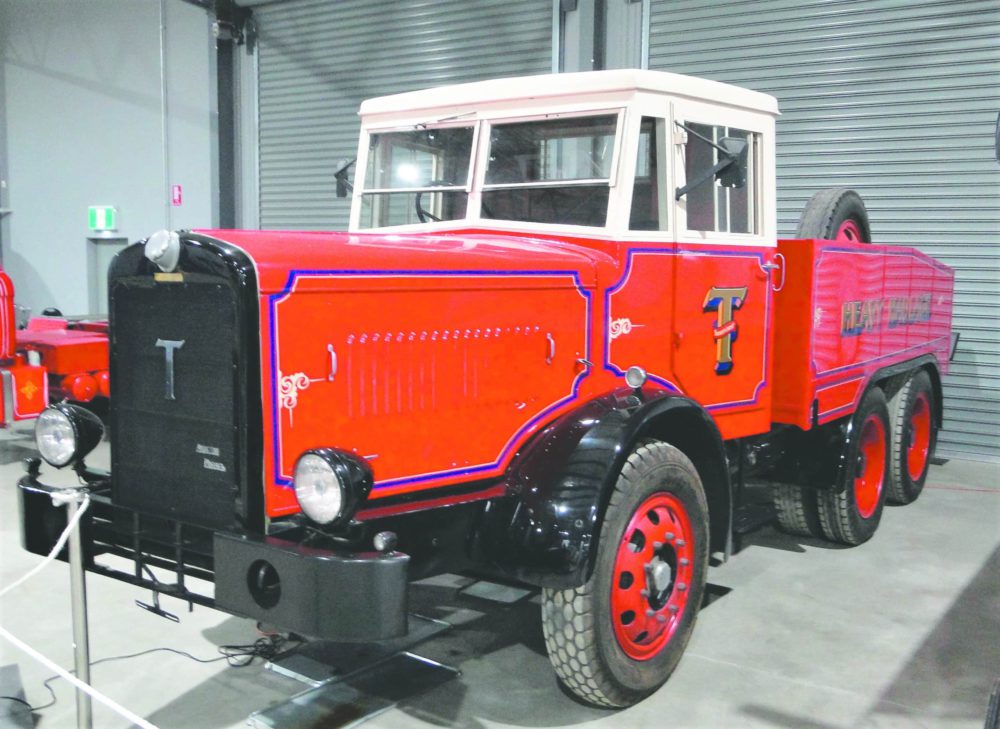 This Chev tells a story

In all its unrestored glory stands a 1927 Chevrolet dumpster. Easy to miss among the Big Bangers, this was Mawson’s first truck. He would go out every morning, 16 miles from Cohuna – two guys with a pickaxe and a shovel, and they would break up the gravel, hand shovel it into the dumpster and drive it back to Cohuna. The only comfort he had, now gone, was a seat of straw and horsehair. The boys at Mawson assured me that if I put gas in and started it, it would start. This truck tells a story, warts and all. 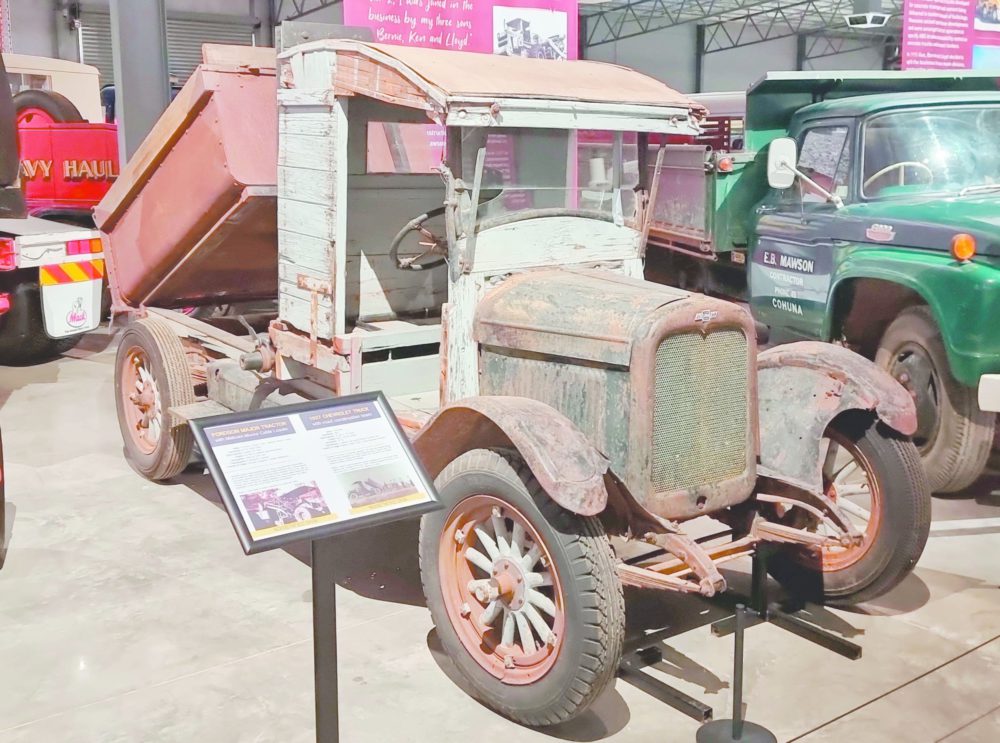 Toyota adds a crossover to the mix ...

Drive-In for electric vehicles and vans at ...