Full-size trucks are the best and worst vehicles in America

You don’t need me to tell you that Americans love pickup trucks. And the bigger the truck, the more it seems to be considered an object of desire. The monthly and yearly sales charts are kind of a broken record; the first track is the Ford F-Series, followed by the Chevy Silverado, Ram’s line of transporters, and somewhere not far away, the GMC Sierra. The big Japanese players sit a little lower – not that there’s anything wrong with a hundred thousand Toyota Tundra sales – and smaller-sized trucks like the Toyota Tacoma, Ford Ranger and Chevy Colorado are falling. have also proven to be extremely popular.

Along with their sales figures, the average cost of new trucks has also increased.

Now, I don’t claim to have the right to tell people what they should or shouldn’t buy with their own money. But I just don’t understand why an increasing number of Americans are choosing to spend massive amounts of money on super-luxury pickup trucks.

Let me first say that I understand the appeal. People like beautiful things, after all. I know I do. I myself am willing to spend far more than the average American on all sorts of discretionary things, from wine and liquor to cameras and lenses. I’ve even spent my own money on vehicles I don’t need but still want. A certain vintage VW motorhome certainly qualifies. I also currently own an inefficient big SUV with a big block 454 cubic inch V8.

So if your answer to the question I’m asking here is that you’re willing to pay the better part of a hundred grand for a chrome, leather-lined pickup just because you want it, then by all means – no that you need my permission – go buy one.

The part I don’t understand is this: why, as a rational person, wouldn’t you split your garage in half? On one side would sit a nice looking car that’s quiet, drives and handles just as well and gets above average fuel mileage. Maybe it has a few hundred gas horsepower, or heck, maybe it’s electric. On the other side (or even outside) is parked a decent van. One that can tow 10,000 pounds, haul nearly a ton in bed, and has all the perks most Americans want in their cars, like cruise control, power windows and locks, keyless entry and a decent infotainment screen. 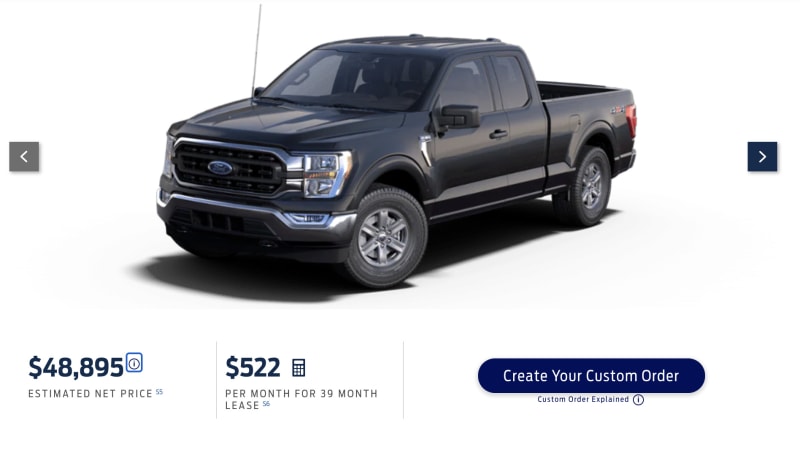 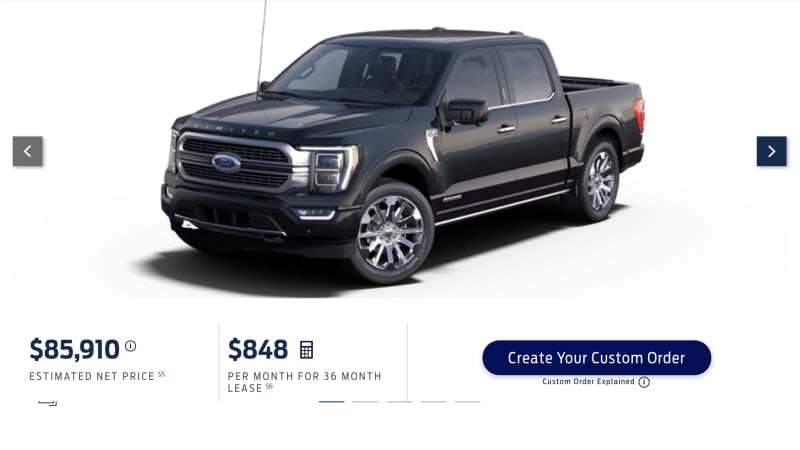 If you’re only interested in buying new, a look at Ford’s online configurator for the F-150 proves that pricing a nice F-150 XLT isn’t difficult. 4×4 with a rear seat and an EcoBoost engine for around $49,000. A loaded F-150 Limited costs around $86,000. Both are perfectly capable of doing truck stuff, but one costs nearly $40,000 more than the other because it’s covered in leather, wood, and tech.

I don’t blame Ford. It’s a similar story at Ram, Toyota and General Motors. We recently ran an article where we picked out the best and worst vehicles the automaker currently sells, and I picked a full-size big truck for both categories. Regarding the Chevy Silverado 3500 HD that I chose as GM’s best, I said:

“For less than $58,000, a buyer can pick up a four-door Silverado, four-wheel drive, dual rear wheels and a 6.6-liter turbodiesel engine mated to a 10-speed automatic transmission. Forget creature comforts (many of which are available) and you’re left with a truck that’s got 910 pound-feet of torque and a package strong enough to tow up to 36,000 pounds or haul up to 7,400 pounds in the bed.”

Regarding the GMC Sierra Denali, which I chose as GM’s worst, I said:

“I just went to GMC.com and used their online configurator to virtually build a 2023 Sierra Denali that would cost $86,360. Naturally, I picked out all the best bling, including the beautiful pearl white tri-coat paint and 22-inch shiny chrome wheels. It really is a gorgeous pickup, but one that I wouldn’t do any trucking work with at all.

And that’s the problem as I see it. Trucks perform a very important function in modern society. People need to haul stuff, whether it’s John and Jane Homeowners who like to tend to their gardens on the weekends, or construction workers who show up to their job sites every morning with a full load of tools in lockable bins in the bed. We buy RVs and tow them hundreds of miles. We haul our boats to the lake, our dirt bikes and race cars to the track, and sometimes even dump loads of rocks and gravel into the beds. 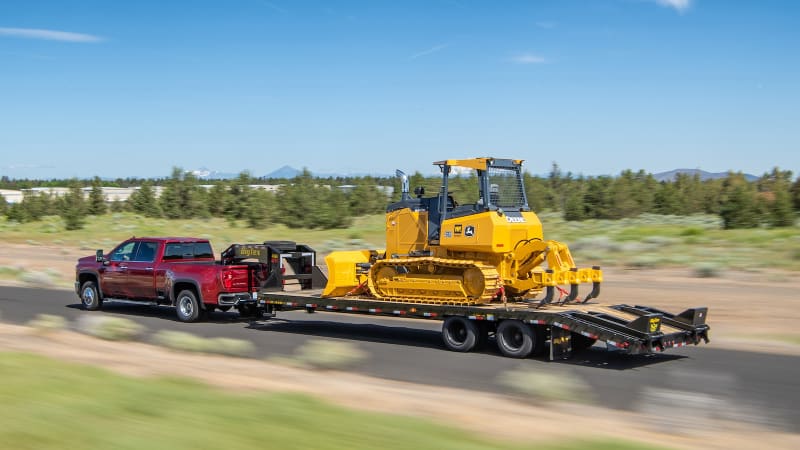 We need trucks. The trucks are good. They are great tools when used wisely. In fact, they are probably the best vehicles built by America. But we don’t need to use all these trucks as daily drivers. There are better tools for this job.

Before you think I’m going to tell you to buy an electric car (not that it’s the worst idea in the world), take a look at this previous opinion piece I wrote. No matter what you want to power it with, you can buy a really nice used car for the $40,000 price difference between the F-150 XLT and the F-150 Limited mentioned earlier.

If I was spending my own money, I’d be looking at a certified used F-150 with the 5.0-liter V8 for less than $35,000. There are over a dozen near me with warranties for sale right now (remember how many of these things Ford sells?). It’s not a small amount, but it’s not so much that I’d be afraid to fill his bed with building materials. Or, you know, any other type of job that trucks are good at. You can choose to go really cheap and get something like an old used Dodge Dakota or Toyota Tundra.

Either way, you’d have plenty of money left over to put another nice car in the garage, one that’s just as luxurious, quieter, more comfortable, more fun to drive, easier to park, and yes, significantly more efficient. Two tools, and each of them specially designed for their specific job.