The new C3-based three-row crossover could be a potential rival to the Ertiga and XL6 among other three-row models.

Citroen started work on an all-new three-row model based on the recently launched C3. This new vehicle was spotted being tested in Chandigarh. The C3 is Citroën’s first India-focused product, and in addition to targeting strong localization, the brand appears to be working on models in high-demand segments, including three-row models. While the C3, a tall hatchback, is aimed at potential compact SUV buyers as well as sedan buyers, this new three-row vehicle appears to be aimed at MPV and SUV customers.

As seen in the spy photos, the test mule appears to ride on larger wheels, likely 16-inches or larger, while the standard C3 comes with 15-inch wheels. The new three-row Citroen also appears to have more ground clearance and is expected to have heavy-duty body cladding all around to give it an SUV look.

Viewed alongside the C3, the difference in length is quite apparent.

Body-wise, the vehicle looks identical to the standard C3 up to the B-pillar, but that’s where the similarities end. The rear quarter panel and the glass area look new. The rear overhang is also much longer than that of the C3, which could mean this vehicle will be over four meters long. 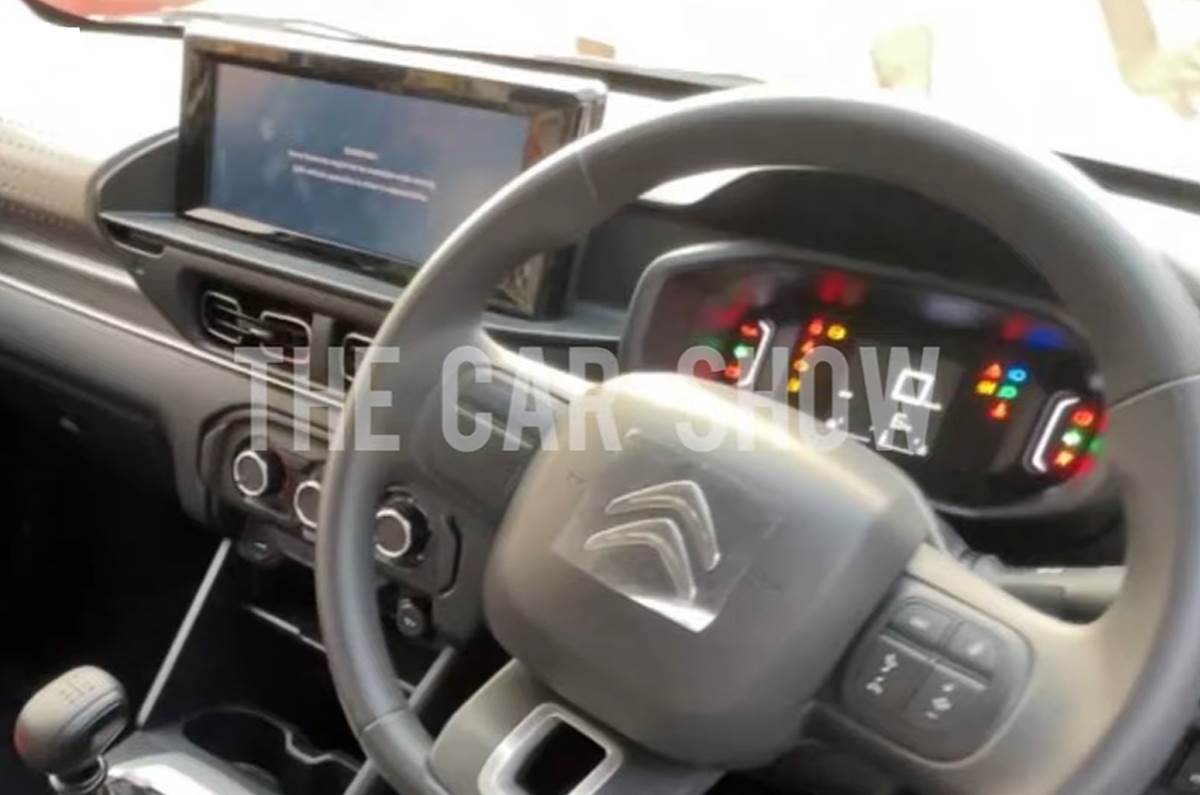 The dashboard design is identical to that of the C3.

Inside, the three-row Citroën will share many parts with the regular C3. In fact, the layout of the dashboard, the steering wheel and the instrument cluster are identical to those of the C3. However, given its higher positioning, there could be more standard features in the lineup. The biggest addition, however, could be a third row of seats.

The three-row Citroën will most likely feature the same 1.2-litre turbo-petrol engine mated to a 5-speed manual or, at a later stage, an automatic gearbox. Citroën could also include the naturally aspirated 1.2-litre petrol engine on the model to aim for an aggressive starting price.

The new model could probably be called Citroën C3 Plus, C3 Sport Tourer or even C3 Aircross, but it remains to be seen in which direction the company will take the brand of this all-new crossover in India. We expect this new vehicle from Citroën to be a direct competitor to the Renault Triber and a more affordable alternative to the likes of the Maruti Suzuki Ertiga, XL6 and Kia Carens in the Indian market.

Here are 15 SUVs that can accommodate ...