Chevrolet spied preparing what could be its first crossover coupe

As big as Chevrolet’s presence in the crossover market is, it doesn’t offer one with the ever-popular “coupe” body style that so many manufacturers have adopted. However, that may soon change, as our spy photographers have captured what appears to be exactly this vehicle test in the United States.

Up front, the main attraction is the same grille found on just about every Chevy model, and the shape seems to fall somewhere between the pure hourglass of Blazer and Trailblazer SUVs and the rounded one of sedans. Cruze and Malibu.

The faux fog lights sitting next to the middle of the grille are also similar to the Blazer and Trailblazer. Like many SUVs on the market, the thin “headlights” on top are just for show, and it’s actually those “fog lights” on the bottom that provide the main source of illumination.

Rolling back, the side glass looks a lot like the Blazer’s, but with the necessary changes to accommodate the steeper roofline. The wheels also appear very similar to those found on the Trailblazer RS, but there are some slight differences. Beyond that, other details are hard to make out due to the vehicle’s heavy camouflage, including the taillights, which appear to be test units only. 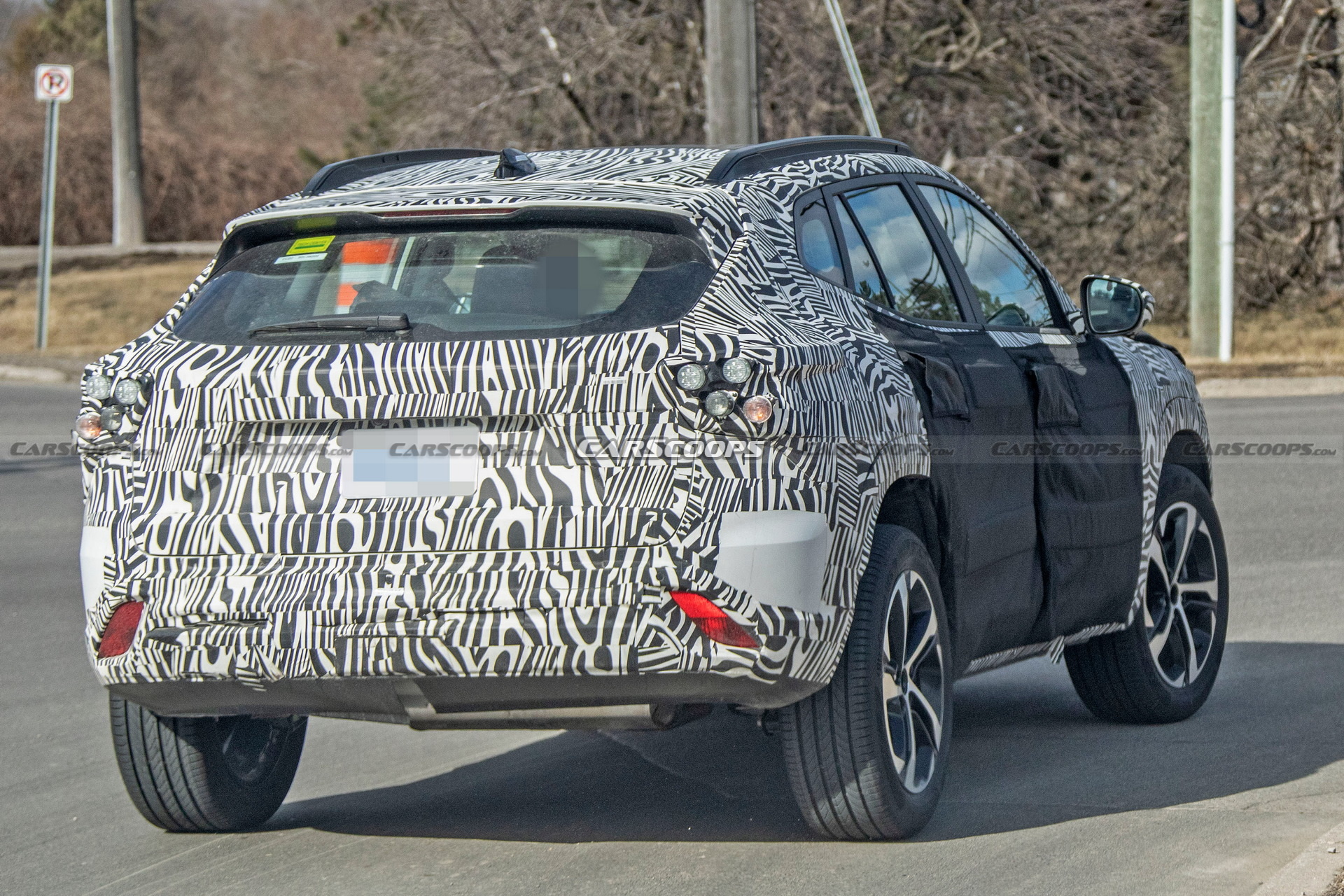 A report from GMAuthority claimed that this vehicle would essentially be a Trailblazer-based crossover coupe that shared a similar design to the Blazer and Tracker from front bumper to B-pillar, after which it would be all-new. And while this vehicle looks similar to this, it doesn’t exactly match the description, which means the information may have been slightly off, plans may have changed, or it’s a brand new vehicle.

As for this crossover’s place in Chevrolet’s lineup, it’s expected to sit between the subcompact Trailblazer and the compact Equinox/midsize Blazer. This would supposedly match the three-crossover strategy used by many other manufacturers such as Jeep, Ford and Nissan. Based on the fact that this prototype has a (barely) visible exhaust, we know it won’t be electric despite Chevrolet announcing several new electric vehicles arriving in the next few years. Still, we shouldn’t wait long to find out for sure, as this mysterious crossover could potentially debut sometime within the next year.